Sustainability as a Business Case 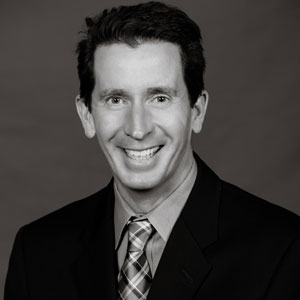 Business case discussions about power and energy have traditionally come down to discussions about cost, efficiency, and reliability. But in 2020, sustainability has a significant and growing place in the conversation.

A recent report from the United Nations office for disaster risk reduction stated that worldwide costs of climate-related natural disasters - earthquakes, floods, hurricanes and the like - have surged to total nearly $2.9 trillion over the last 20 years. Restoring downed grid power and communications networks in devastated areas is no easy task. With data showing an increase in the rate of these disasters, the best way forward is to continue to focus our efforts on improving disaster recovery and backup power. Innovative clean energy solutions can provide continuous backup power for the days (if not weeks) it takes to restore this critical infrastructure, enabling recovery teams to complete their work under the toughest conditions, without adding to an already devastated environment – in fact decreasing or eliminating the harmful emissions of other backup power sources, such as combustion generators.

Data collected since 1980 by leading global reinsurance company, Munich RE, illustrates the trend seen over the last two decades. Worldwide, there has been a steady growth in the number of service-impacting events. Even more startling is a comparison of North American events over three five-year time periods from 1980 until 2017. From 1980 to 1985, there were 361 service-interrupting events. Compare this to a total of 535 events from 2000 through 2005 period and 850 events from 2012 through 2017 and the trend becomes obvious. Whether one wishes to attribute this trend to climate change or not, the fact is that businesses are needing to react to more outage events each decade.

For many sites, the question is: why NOT consider using renewable power?

Effective recovery from service-interrupting events includes having power and communication systems that have been designed for resiliency. Telecommunications carriers and utilities have given this topic much attention over the past several years. Given the growth in climatological events, it seems prudent to consider power technologies that decrease the amount of greenhouse gas emissions produced. Those include solar, wind, and fuel cell power – all of which generally work in conjunction with battery storage – and can be used in a hybrid system to provide ultra-reliable backup or off-grid power.

According to a story in USA Today, disaster-prone areas in North America are adding more renewable energy in order to increase their storm resilience. Following Hurricane Matthew in 2016, for example, which caused similar destruction in North Carolina as was caused by Hurricane Florence in 2018, the state worked to rebuild the system with more solar and wind energy. Renewable power now accounts for almost 5 percent of its total energy production, more than any state other than California. While there is still significant room for growth, reports indicate that, while solar farms experienced minor damage from Hurricane Florence, these renewable energy facilities were able to come back online faster than those powered by fossil fuels.

In California, where recent summer and fall seasons have brought larger and hotter wildfires than in recent history, legislators introduced a bill requiring the telephone industry to install backup power with 72 hours of runtime, in order to mitigate utility outages or public safety power shut offs, like those seen in 2019. Though this bill may have months or even years of discussion ahead of it, companies are already looking at options to increase their backup power runtime without increasing the hazardous emissions the state is committed to reducing.

Around the country, the big four telecom carriers, in addition to using solar and wind power, are using hydrogen fuel cells at many of their central offices as well as at critical mobile sites. The U.S. telecom landscape is dotted with more than 4,000 fuel cells.  In the Southeast, Southern Linc is installing an LTE network utilizing 500+ fuel cells for backup power. Fuel cell power was a strong solution for critical telecom locations during and after 2018’s Hurricane Michael, providing more than a cumulative 2,400 hours of ongoing power for communications sites for up to two weeks, while utilities worked hard to repair grid service.

What are the benefits of renewable energy for telecom? We already know that clean energy produces no emissions. It’s good for corporate — and global — sustainability goals, decreasing the greenhouse gas load we ask our planet to carry. Renewable energy also increases the resiliency of networks after storms. When utility grids are damaged due to wind, ice, or fallen trees, solar, battery, and fuel cells are generally able to continue providing power. And power means critical communication lines stay operational – good for business; good for society. And with costs dropping — and also subsidized by Federal tax credits — clean power is cost-competitive compared to traditional diesel generators. For many sites, the question is: why NOT consider using renewable power?

The 5 questions you should be asking about legal tech

Technology as a Tool to Aid the Legal Function

Building On Your Legal Tech Journey

Enhancing Productivity of Lawyers with Technology