The Importance of Onsite Power Generation (Especially When Disaster Strikes)

The Importance of Onsite Power Generation (Especially When Disaster Strikes) 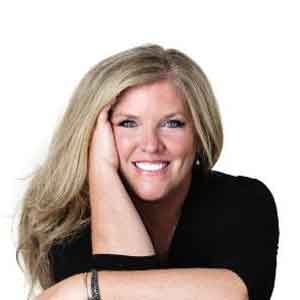 Imagine the following scenario (if you’re not one of the many people across our country who have had to live through something like it): you wake up smelling smoke from a rapidly approaching wildfire, or to a siren screaming a tornado is coming or never hearing anything at all.  You realize something is critically wrong; the power is out, and you’ve not gotten around to installing a back-up generator, but more imminently, you had no time to fill your gas tank, stock up on food and water, or charge your phone.

Imagine you’re living on the burning continent of Australia or living in the mountains of Puerto Rico or on a more remote island that was devastated by earthquake or hurricane, and not only is cable still out but for many, reliable power may be a thing of the past (if there ever was such a thing in certain areas of our world) and clean drinking water is wishful thinking.

It’s awful to imagine, but we’ve also got to consider when terrorist hackers may disrupt our electricity grids and the catastrophic impacts on our lives resulting from such acts.

We are living during a time when we have the technology to generate cleaner energy closer to where we require it for our homes and businesses.  We also can store energy, monitor it, curtail it, and deposit it back into the grid with on-site generators, electric vehicles, and curtailment.  It’s a more nimble, productive and environmentally conscious way of powering our buildings, and increasingly it may also be more reliable.  Arguably, it’s also more cost-effective for many reasons.

We’ve got ubiquitous A/I, Internet of Things, Surveillance, Data Analytics and Creature Comforts with today’s incredible high-tech offerings; shouldn’t this be applied to one of the most critical and necessary industries upon which our lives depend?

Several of our Whole Foods Market locations have served our communities post natural disasters thanks to on-site generation (fuel cells, combined heat and power, waste cooking oil fueled generator, solar and storage) we installed with support from pilot programs and through creative energy service agreements where developers covered the capital costs for the equipment, and we paid for the energy generated at a rate on par or less than grid electricity rates.  This has benefitted us, but it’s also not only convenient for our customers and communities, but necessary.  These stores are a place people can come and not only get water and food but also to charge their phones and cars and commune and support one another.

It’s almost unbelievable that 25 years ago, when I worked for a New England based food retailer, my team and I developed a near real time sub-metering, monitoring, analysis, reporting and troubleshooting system that allowed us to switch on generators, switch off certain loads during critical peak times to aid the grid, learn more about our load profiles and how to be more efficient and manage our demand and usage.  We had some support from only several (the most progressive) of the 22 utility companies that served us, as they recognized the benefits from allocating funds (most of which we paid into through societal tariffs) would help them put off building additional peaking units as well as distribution system enhancements.  How is it that we’ve regressed in many ways, and that most of the close to 100 utility companies Whole Foods Market locations are customers of still don’t even have smart meters for their largest businesses never mind aren’t funding pilots to demonstrate the benefits of or moving directly to support strategically located distributed energy systems and micro grids?

Micro and Fractal smart grids will be a crucial part of every city and many large communities and an important solution everywhere.  Ensuring emergency management agencies, police, fire and safety services, hospitals and food and services providers like Whole Foods Markets’ energy systems are up and running and serving communities and businesses is tantamount to continuity, resiliency and sustainability.

We’ve got ubiquitous A/I, Internet of Things, Surveillance, Data Analytics and Creature Comforts with today’s incredible high-tech offerings; shouldn’t this be applied to one of the most critical and necessary industries upon which our lives depend?