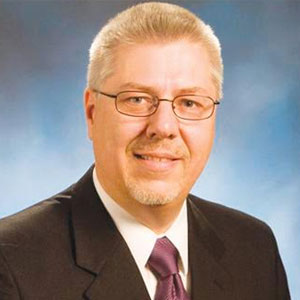 When someone asks you to share wisdom, rest assured you’re probably not young anymore. I’ve learned to be OK with that. I have enjoyed a long and satisfying career in various leadership roles in Engineering and IT. For the better part of a decade, I’ve served in the CIO role, and I think most experienced CIOs would agree that the Farmers Insurance commercial claim, “We’ve learned a thing or two since we’ve seen a thing or two,” applies to us as well. Since wisdom often follows mistakes, I guess I’m comfortable acknowledging I am wiser now than I was. So I thought I’d share a few lessons learned (CIO Wisdom) as they apply to something current and timely, our analytics effort. Most will seem like common sense or perhaps based on some quote we’ve all heard. If quote based, I’ll try to give credit to the source if I know it.

Peter Drucker is often credited with the quote “Culture Eats Strategy for Breakfast”. Turns out it’s pretty hard to prove he ever said those exact words. “Culture Beats Strategy” may be closer. One thing I know. It’s true. I’ve worked in the utility industry my entire career. Few would disagree that utility companies are conservative. It might be an insult or indictment by some, but we don’t take it that way. We wear that label with pride. The electric grid has been and remains one of the most reliable and vital systems to have ever served mankind. When your job is to keep the lights on, you can’t afford to take crazy chances with new technology. When it comes to spending money on things like analytics, expect to be met with healthy skepticism. If we can’t see how it improves the safe generation and delivery of low cost, reliable energy, we’re not going to buy it. There’s nothing wrong with that. It’s who we are.

Although, historic data may be used, analytics is about doing something better in the future, or being able to predict things that haven’t happened yet

A few years ago we entered what I would call our analytics evangelism stage. We talked about analytics. We looked for example use cases and suggested leaders pay attention to what their counterparts in the industry were doing with analytics. We became charter members of the Analytics Institute and I encouraged business unit representatives to get involved with the Institute’s working groups.

“What is Analytics anyway? Sounds like a buzzword to me. We’ve been doing data analysis for years. Now the marketers are calling it analytics so they can sell us something.” I heard things like that. If I’m honest, I thought that myself early on. Thankfully, I wasn’t evangelizing alone. There were others who share the passion and are doing their part to help steer our journey towards becoming a data driven company.

Lesson Three: It’s Better to be Mostly Right Than It is to be Completely Wrong

I think it was John Maynard Keyes who said “It’s better to be roughly right than precisely wrong.” What is the difference between analytics and data analysis? Is there a difference? I generally think of analytics as more sophisticated in technique, often involving far larger data sets than have typically been analyzed in the past, and generally more about the future. Although, historic data may be used, analytics is about doing something better in the future, or being able to predict things that haven’t happened yet. Traditional analysis is more about explaining what happened. But that’s just me. Analytics is certainly defined in the dictionary, but a few internet searches reveal several opinions but no real consensus on analysis vs. analytics. Here’s the thing. I’m not sure it matters what the internet or dictionary has to say about analytics. The important thing is what does it mean at your company? While we want our analytics results to be precise, when it comes to what is and isn’t analytics, it’s more important to be consistent than to worry about being correct.

As we’ve developed and rolled out our “Self Service Analytics Platform,” we’re leveraging the term “data consumers.” We’ve identified three types of data consumption, reports, analysis, and advanced analytics. We expect 90 percent of our self-service platform users will be report consumers. They are going to run reports that have been developed and use them as they always have. The reports will just be easier to access. No more than 10 percent of our data consumers will be leveraging more advanced analysis tools. We’re training those individuals in the use of the standard tools and techniques that are part of our platform. These tend to be the traditional “power users” who know how to pull data from various systems into their spreadsheets to answer business questions. Finally our 1 percent, the elite you might say, are our data scientists, or at least those who have been trained by our data scientists in more advanced techniques and tools. As a medium sized Midwest utility, we are fortunate to actually have a data scientist on staff, not in IT.

So are our reports analysis based? Sure. Will we create re-usable reports that leverage advanced analytics? I expect we will. How do we draw the line between reports, analysis, and advanced analytics? I doubt that we will. If we get to the point where everyone who needs to, can leverage our analytics platform to improve our business we’ll be mostly right, and that’ll be good enough.

About the same time we began our analytics evangelism efforts, IT worked with a local consultant to develop a Business Intelligence strategy and architecture. We certainly needed to architect a solution that could satisfy our business requirements, but it had to be sustainable. We needed to leverage our current environment and skillsets where we could, but also identify new skillsets and processes we needed going forward.

Take data governance for example. No matter how advanced our analytics techniques and tools become, if they are applied to data that is inaccurate, inconsistently defined, or even misunderstood, the results and decisions based on them will suffer. The old adage still applies, “Garbage In, Garbage Out.” Good data governance is the blocking and tackling of Analytics. Just as great quarterbacks fail without a good offensive line, so too will data scientists who are asked to analyze poor data.

Next month I’ll share some additional lessons concerning things like governance and architecture. You’ll see the trend of not talking about the actual technology continue. Technology is easy. It’s people that are complicated.

Hybrid Work Has Forever Changed The Need For It In Ramboll

How T-Mobile brought an Un-carrier approach to tech hiring

Great Expectations: Balancing the diverse needs of a city in a...

"Discovery and Delivery" - An Approach to IT Workload Balance