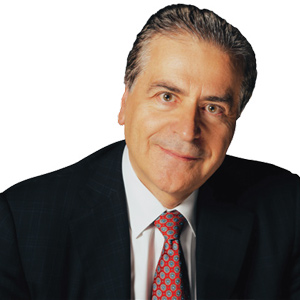 Dr. Alex Papalexopoulos, Chairman & CEO
Governed by a mission to upgrade ‘unintelligent’ buildings to ‘smart’ structures, ten-year old ZOME has been involved in energy grid orchestration tied to streamlining energy management for residential and commercial buildings since 2012. ZOME’s products are designed for both energy providers and building owners—primarily apartment complex owners and homeowners. Besides entering the transactive energy sector, ZOME is pushing the envelope in realizing the promises of today’s, and tomorrow’s smart cities.

ZOME exhibited at the Consumer Electronics Show (CES) held in Las Vegas, NV on January 7 -10, 2019, and was awarded best of show (“Best of Innovations”) from the Consumer Electronics in the Smart Cities category for its ZOMEKIT solution. ZOMEKIT is a gateway box that functions in conjunction with IoT devices such as networked thermostats and hot water heater adapters, as well as Distributed Energy Resources (DERs) such as rooftop solar, batteries and EV chargers, for efficient wireless energy control via mesh networking. This allows building owners to aggregate capacities of IoT devices and DER assets by affordably upgrading their buildings for energy savings and curtailment revenue. In certain states or countries where there is an organized wholesale energy market, ZOMEKIT can bid the curtailed energy, when wholesale energy rates are high, creating arbitraged and new revenue for an apartment building owner and their tenants. ZOMEKIT can also implement complex co-optimization strategies that simultaneously and cost-effectively meet onsite customer electrical needs while providing grid services into wholesale energy markets to capture new streams of revenue.

The CES award was partially due to a step-by-step practical progression to a smart city, related to energy. This progression is illustrated in Diagram 1:

ZOME is also in the process of incorporating blockchain technology in ZOMEKIT to implement the emerging ‘transactive energy’ model in the utility distribution system, while seamlessly monitoring and financially verifying micro-transactions within microgrid buildings and between and among buildings.

“ZOMEKIT provides the best business case for building energy intelligence and is a game-changer for the energy technology market and the transactive energy model,” states Dr. Alex Papalexopoulos, Chairman & CEO of ZOME Energy Networks. Blockchain empowers ZOMEKIT with the ability to control and track energy micro-transactions for B2B or B2C transactions for DERs at the energy distribution level, placing ZOME at the epicenter of the transactive energy revolution.

ZOME, which has been focusing for years on energy providers and building owners, now has converted the white label UI for energy providers as a standalone product for consumers. ZOMEHOME is an AI-powered mobile application that serves as a smart agent working always in the background with the consumers’ networked thermostats to save them money. Getting the consumer excited about utilizing their networked thermostats to save money is key to keeping consumers enrolled and engaged in energy management programs.

Both the ZOMEKIT and ZOMEHOME operate on ZOMECLOUD, a high-performance cloud-centric software infrastructure that is fine-tuned for core networking and control. The ZOMECLOUD comprises a modular, scalable and flexible microservices cloud architecture designed for big data analytics, predictive automation, distributed and stochastic energy resource management and control, and micro-grid interconnection. “ZOMECLOUD leverages AI and big data analytics to accurately predict and measure energy consumption on a device level,” explains Papalexopoulos. One of the company’s competitive edge stems from its ability to offer HVAC analytics solutions with ZOME-developed algorithms to estimate the exact energy load being reduced within an apartment building or home—a key element for expansion of these energy programs. 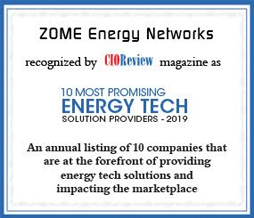 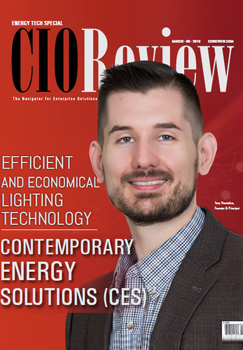